The Arnova 7c G3 is a product refresh of the older 3G connected Arnova 7c G2 tablet.
This update features a Snapdragon S2 MSM8255 clocked at 1.4 Ghz processor which can be found in devices like Sony Xperia Active/Play 4G/Ray, HTC One V, Sensation, Flyer and many other devices. This 7 inches tablet is very complete offering all the features you may need to fit in your jacket’s pocket: 3G, GPS, HDMI output, Bluetooth and a dual camera. It runs on Android 4.03 Ice Cream Sandwich. 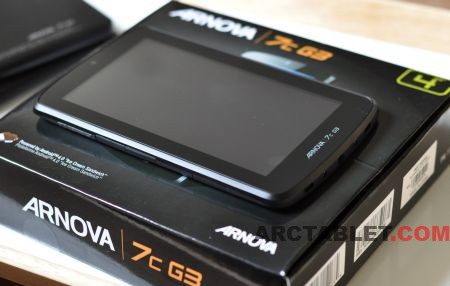 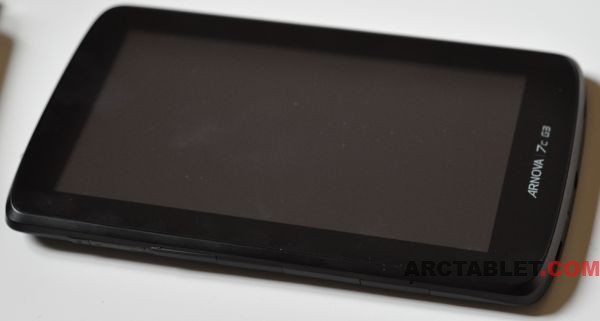 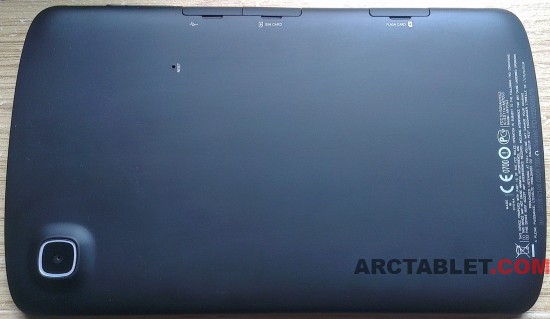 Back camera (3 Mpixels) and reset pinhole.

Audio jack connector located in the center and single speaker 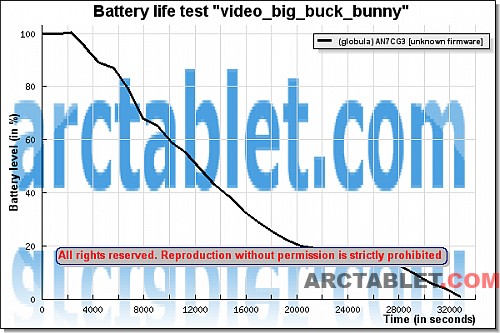 With this test scenario, the battery life of the Arnova 7c G3 continuously playing a video was around 33 000 seconds, that is about 9 hours and 15 minutes, which is so far one of the best battery life we have measured on an Archos/Arnova 7″ tablet.

From top to bottom: Arnova 7c G3, Arnova 7f G3 and Arnova 7 G3
Compared to the other 7 inches tablets in the Arnova G3 family, the 7c G3 offers 3G connectivity, dual camera, Bluetooth, HDMI outpout, GPS and increased battery life. This comes at a price, the Arnova 7c G3 has 512 Mb memory where other models have the double while the Arnova 7 G3 or 7f G3 costs about half the of price of an Arnova 7c G3.

The strong points of this tablet are the weight which is only 368 grams, the 3G capabilities, transforming the tablet in a good companion to keep you updated with news/emails and therefore an alternative for a laptop. It is also Skype capable tablet, the audio/video calls are working fine even over the 3G connection. Using navigation software makes this tablet a good choice to not buy a dedicated GPS device. There is also a micro HDMI port which helps you connect the tablet to a TV and play multimedia content on it.

The screen resolution is 800×480 with 120 PPI density is quite the minimum for a tablet; we are hoping to see an improvement in the future on this side. A new addition to this tablet is the second camera, which features a 3Mpx CMOS, you will not see much performance from this new camera, is missing a stabilization sensor to improve a little the quality of the videos and pictures, the front camera now sports 640/480 resolution which makes it a little better for video chatting.

Selling between 200 to 250 euros, it may look quite expensive for an entry level 3G tablet which is finally a little limited by its relatively ancient processor, low resolution display and the absence of Google Certification and Play Store support. At current prices for the 7c G3, there may be other options to consider, depending on your budget, such as the Chinese Ramos W23 tablet (7″, 3G, ARM Cortex-A9 AMlogic MX Dual Core, 1.5 GHz, Mali 400 Dual Core GPU, 1 GB RAM) that sells for around 120 euros or the new Google Nexus 7 3G (HSPA+) just available at 299 euros. 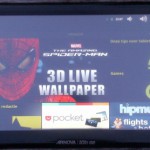