Hey there, anyone else having troubles with the WIFI on their Pipo Smart S6?

I did - it would lose connection if I moved more than a couple of metres from the router.  So I opened it up and found that by resoldering the antenna onto a solder pad right next to the one that it was on, my connection issues were fixed.

See the image for a better idea of what I did.  The image was taken AFTER I had moved the antenna (indicated by the arrow).

Hope this helps someone else! 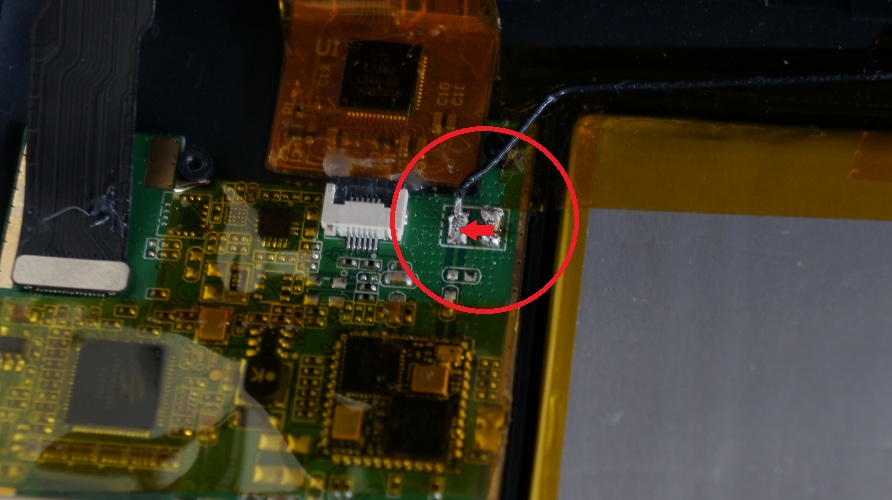 The following users say thank you to flashatom for this useful post:

Thank you for sharing!

This is chinese production quality. Tab should have never been passed final inspection.

Compared to my other tabs the S6 wifi is very good.