Hello, I apologize for my clumsy English. In places there will be Google the translation.

Here shortly process of manufacture of the GPS antenna:

I did approximately so: I measured length compasses, I gave an allowance (in the big side), then I made the operation "Trim", i.e. antenna undercutting. It is process personal for each device and theoretically shall become at plant. (In our case - ha ha). Simplest - you take a rigid wire you bend a letter G of 2 pieces, then you start on немногу biting off with pincers. you are by the window. With switched on GPS Monitor. Signals will grow from satellites at first on quality, then to fall. As started falling - too strongly truncated. We do the second set and directly we cut it at optimum lengths. Here actually and all process. And if there is some theory - the Optimum length of the antenna is equal 1/4 wavelengths. 300 we divide into frequency in megahertz, we receive wavelength in meters.
Our GPS antenna shall work on 2х frequencies: GPS: L1=1575.42 MHz; GLONASS: 1602 …. 1615 MHz.
Is made of a copper foil. Letter G angle, because on some frequencies. If on outer side - one wavelength, on internal - another.

Mid frequency of GLONASS = 1608,5 MHz. Average between GPS and GLONASS = 1592 MHz. Wavelength = 300/1592 = 0.188442 meters. Antennas do on half-wave, quarter-wave and so on to the principle. Well the simplest for us the quarter-wave antenna. we divide length on 4 - we receive the approximate length of the antenna: 47,11 millimeters. And if the medyashka of 5 centimeters everyone initially is simpler =. Also we start it cutting with very small slices. That's all. I have a half of satellites the green are caught. I.e. the signal level higher than 40 dB that there is very much even a buzzing. I at first thought that with GPS antenna I will be tormented most long, and as a result of experiences it appeared that it the simplest. 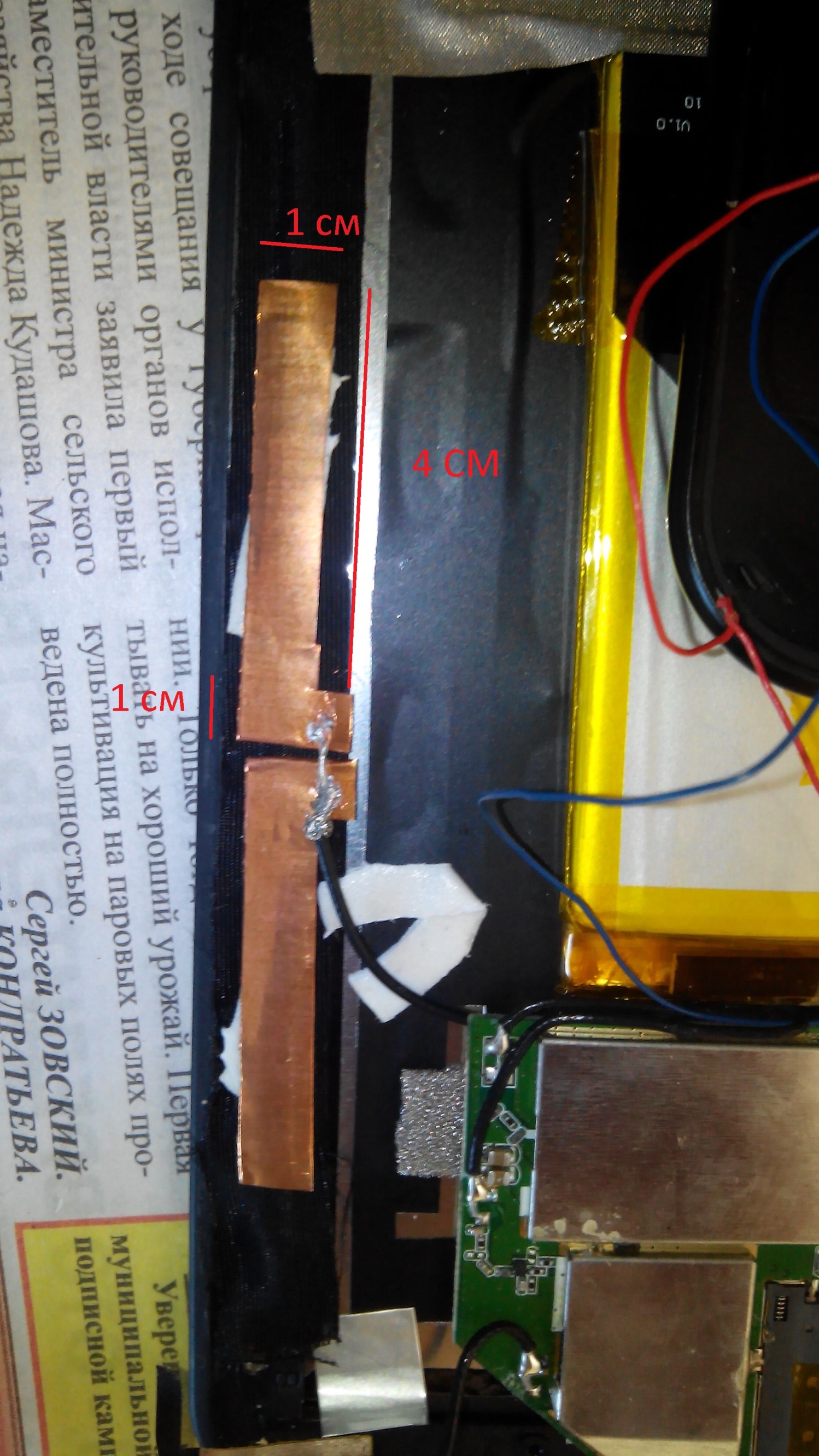 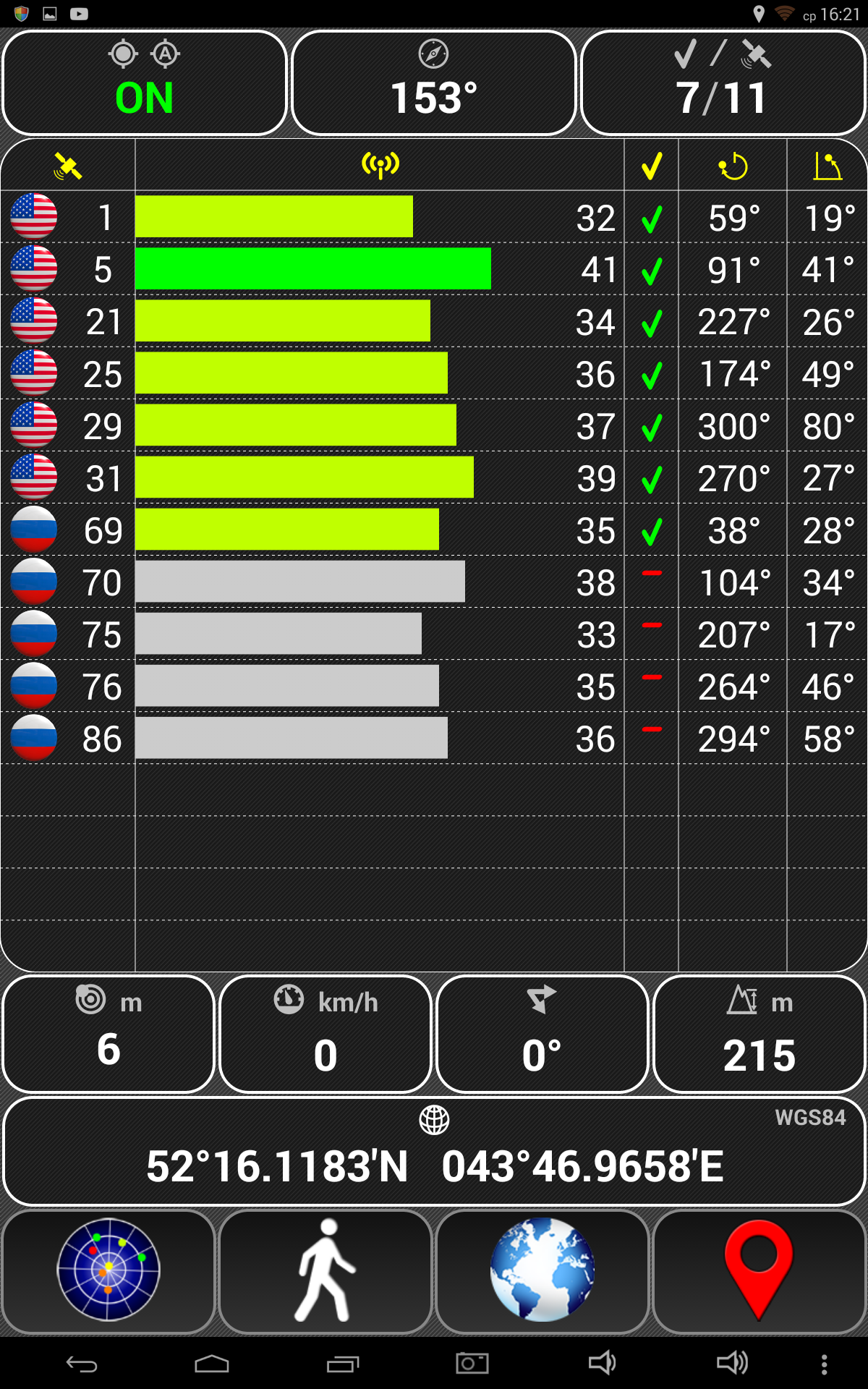 Having a little cut off I received it 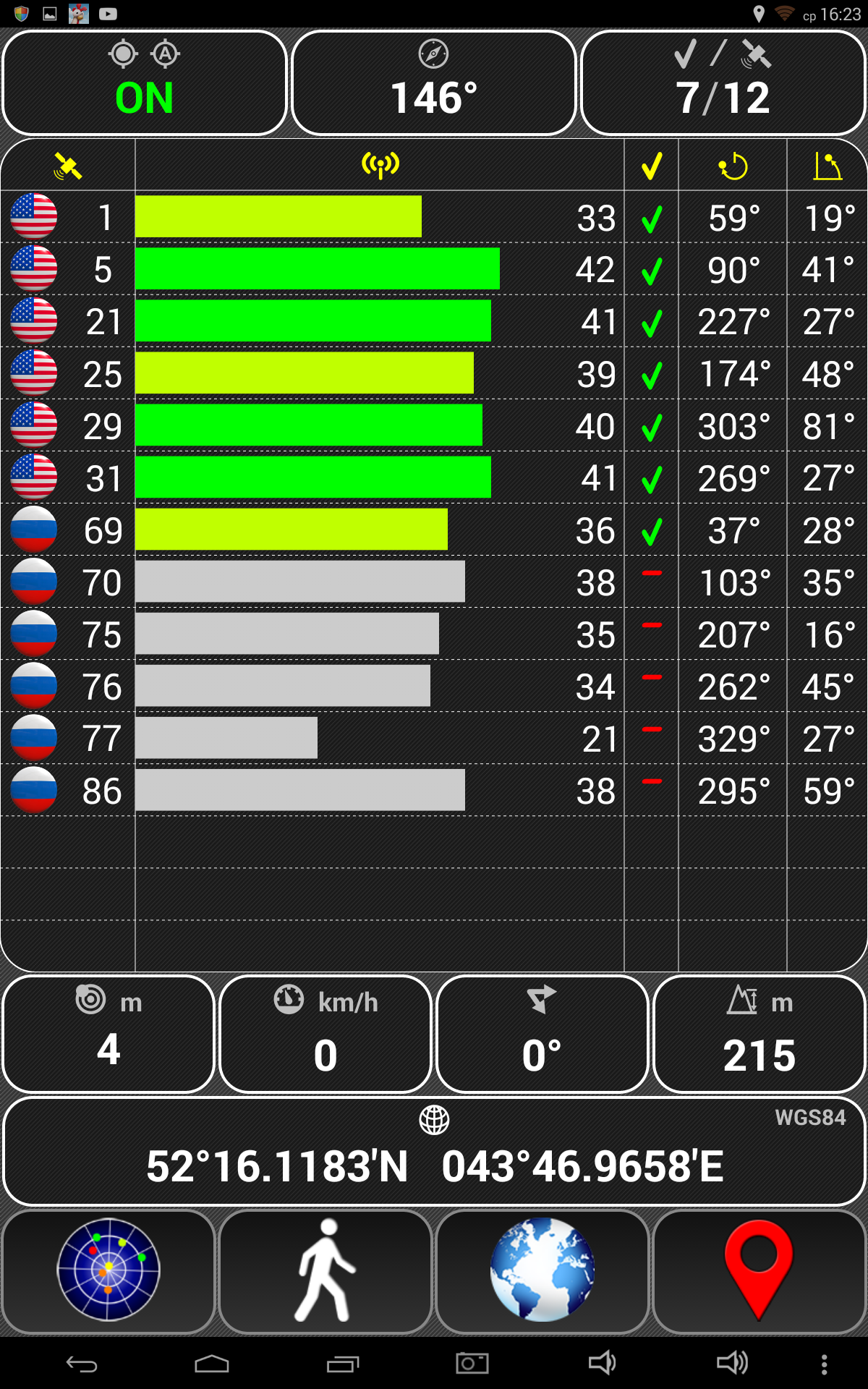 Total of the last undercutting 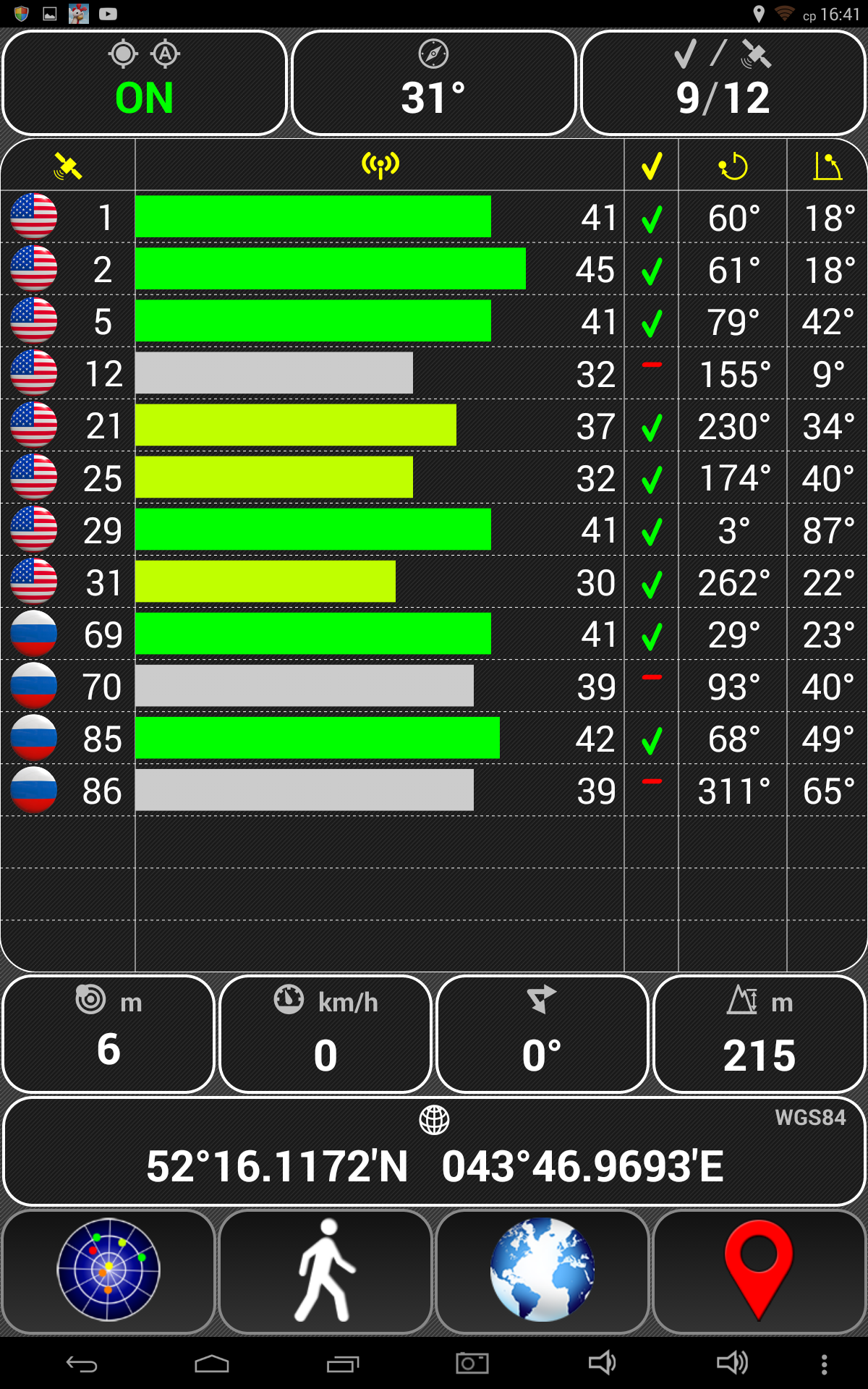 But not everything is so good as there was a wish, now satellites are caught for couple of seconds (at most a minute) but when I closed a pad cover, received here this trouble. Probably because of that that we have aluminum cover, It carries badly out a signal. But nevertheless the result is from the carried-out manipulations 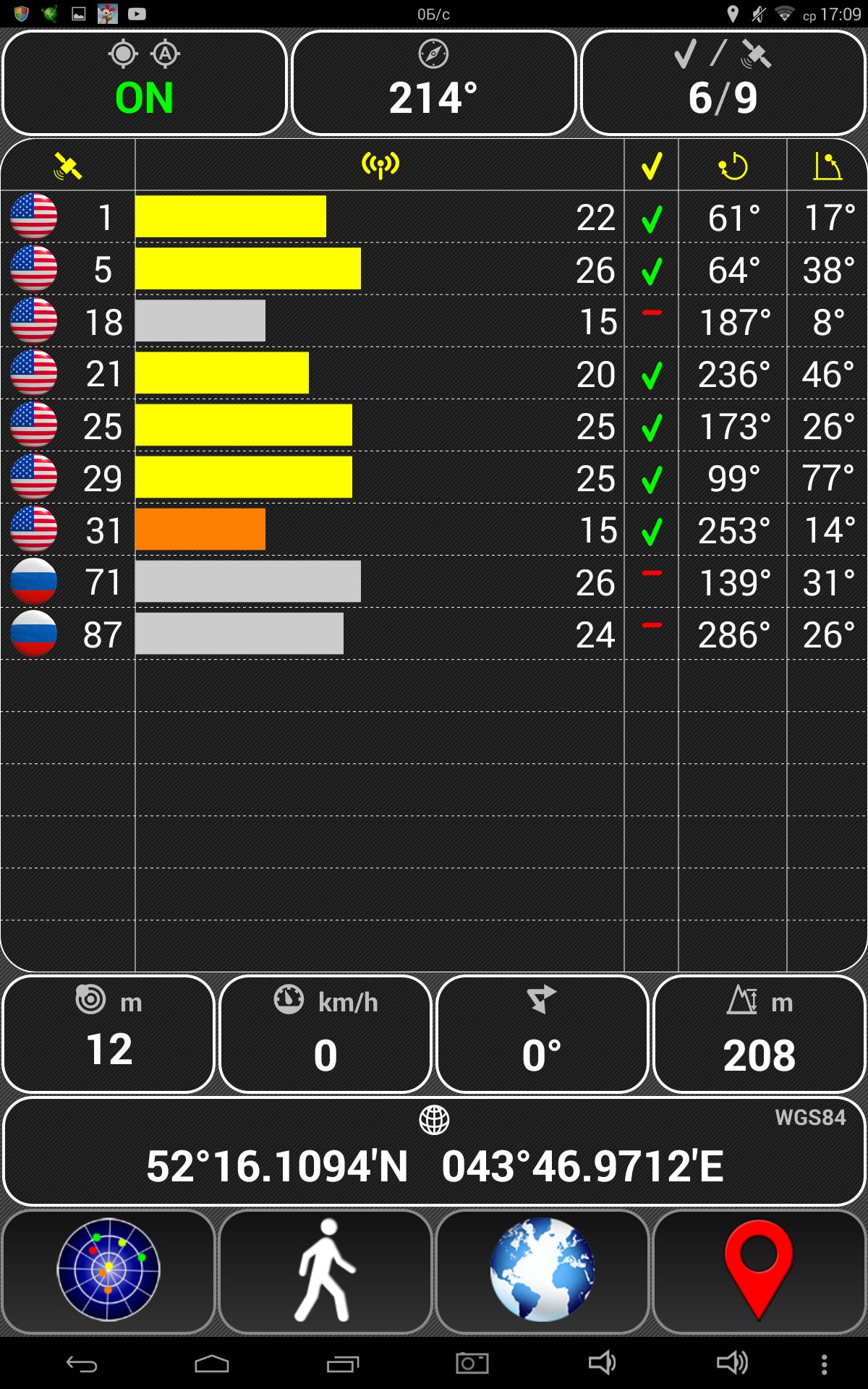 Having a little thought, I cut the antenna not in length and width) as a result under a cover I received that that wanted. Cold start of 1-2 minutes (without AGPS) 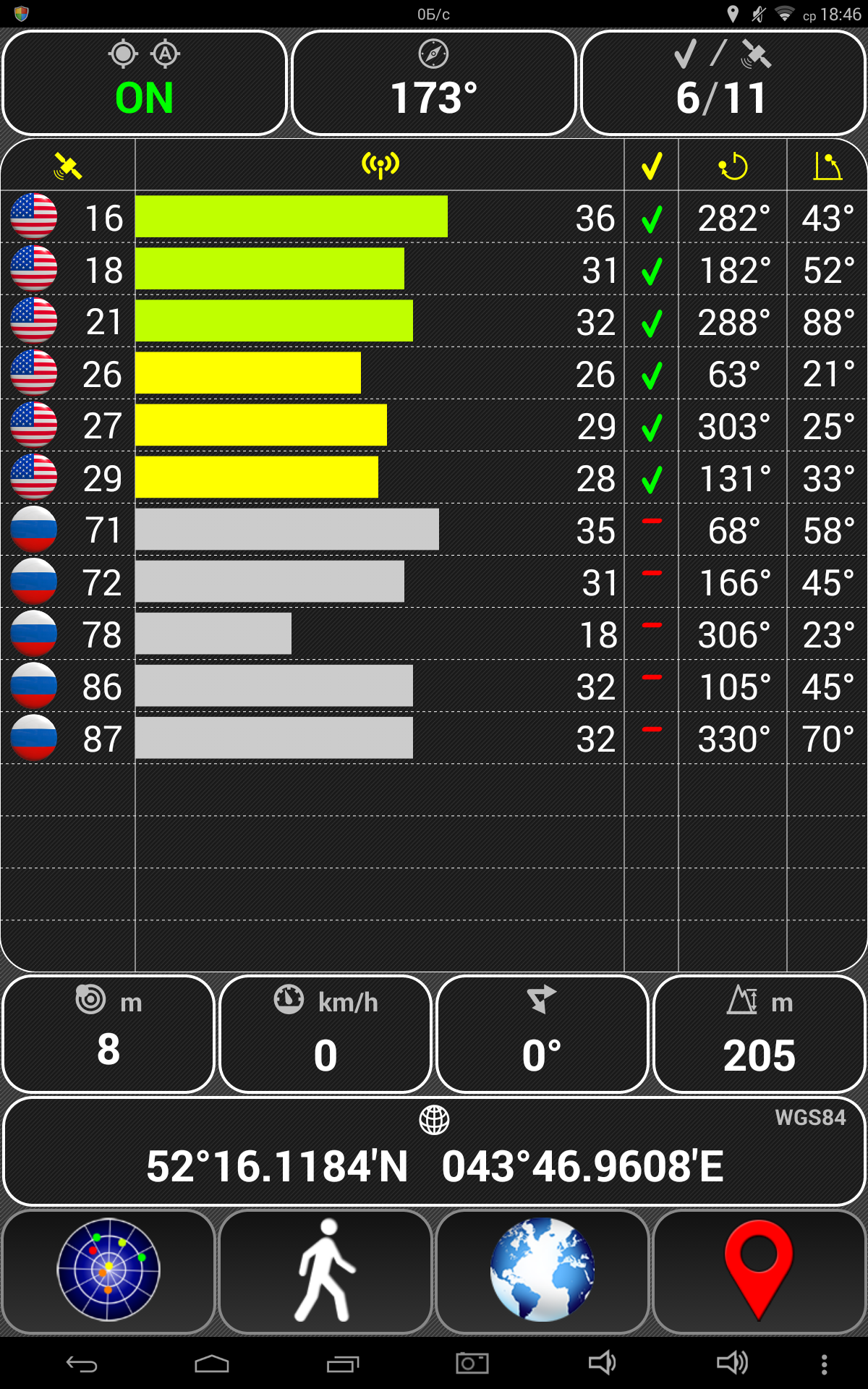