You will have to recheck the cable "sitting" properly in the connectors (if  no broken cable lines). These is a major issue with workmanship coming out of China, it is just marginallly seating in the connectors (I suspect) when we touch or moved any parts it doesnt conatct ith the full connectors (belief me I had many such experiences with these cables)

Extra careful with the connectors lock mechanism as shown. 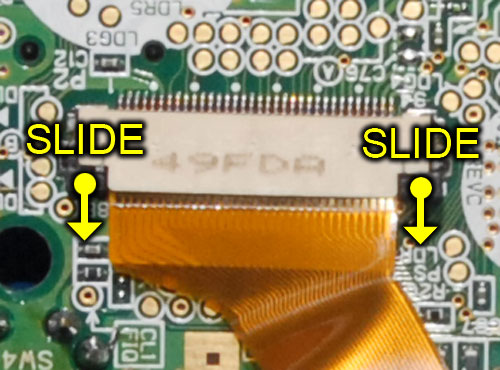 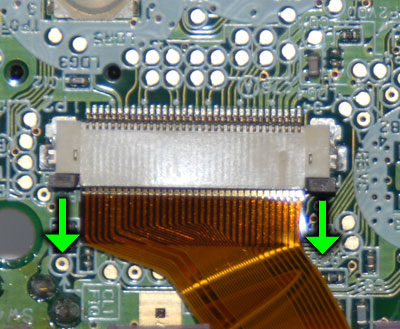 You will have to recheck the cable "sitting" properly in the connectors (if  no broken cable lines). These is a major issue with workmanship coming out of China, it is just marginallly seating in the connectors (I suspect) when we touch or moved any parts it doesnt conatct ith the full connectors (belief me I had many such experiences with these cables)

Extra careful with the connectors lock mechanism as shown.

I went back in the interval (I am watching Brazil-Mexico) to check again. I pressed as hard as I dared in order not to break the cable, but unfortunately it didn´t help.

Thanks anyway, it was a good try.

This is a status update on my problem with the lost touch control (which has surpassed the original problem of poor GPS). First the achievements:

I decided not to look at or think of my crippled Pipo for a few days. I also sent an email to the Pipo support lady, Anna, whose email address appeared in post #16. I asked her for help and suggestions, but no response so far.Then the other day I had a look again and in particular carefully examined the connector part of the flex cable. The contact marks were indeed very deep, could it be, that the copper lines were actually cut through? I used a scissors to cut off about 1 mm of the cable, thereby moving the contact points away from the current position. I then inserted the strip into the connector, pressed the lever and powered on. Touch control was back!!!

Next, I had to recover the lost wifi (the antenna was irrepairably broken). I searched for info on how to make a wifi antenna, suitable for a tablet. I found this one http://www.jpier.org/PIERL/pierl26/14.11073004.pdf. It is far from ideal, but it seemed to be possible for DIY construction. My final result did not look as good as the sample pictured, but it worked. I can not measure signal strength, only estimate from the on screen indicator, but while in the open air, the antenna was clearly better than the original. The antenna is bigger than the original and does not fit in the same place, so when the front and back panels were put together, the proximity to ground planes reduced the signal to a little less than the original used to be. But it is still acceptable.

So, I now have a tablet that can do a lot of the things I want it to do.

Now let´s move on to the casualties. There are a few collateral damages, just as cracktech predicted.

I previously reported that the camera did not focus properly. When my Pipo had been disassembled, I noticed that the tiny lens unit seemed to be freely hanging on to a tiny flex cable by just two tiny and basically inaccessible solder joints. At some point, during the handling of the unit, the lens decided to fall off. That permanently solved the camera issue.

The little twin push button unit for the Power On and Esc switches looks symmetric, but if you examine it closely, it is not. If it is turned the wrong way when assembling the front and back panels, it may cause the switches to dislocate on the pcb and even cause contact failure. This is what (almost?) happened. I immediately noticed that something was wrong and opened up the Pipo again. I pushed the switches back in the right position and applied a drop of epoxy to fix them. For now they work.

The GPS antenna is made of very thin and very fragile copper foil and is clad to the inside back. Opening up the Pipo one extra time and hence removing and reattaching the antenna one extra time became too much for the coax cable, which is actually a bit too short for conveniently handling an opened Pipo. It broke loose from its solder joints on the foil. I have ordered a complete GPS antenna unit with cable from a Chinese store for just a couple of $. When it arrives, I will try to get it into my Pipo without causing some further damage. It will be exciting to see if it will give me a working GPS at last.