The MK808 is currently one of the best RK3066 based Mini PC device when it comes to system hacks and tweaks. Thanks to deadhp1 and the great developers from armtvtech.com, a custom Linux kernel for RK3066 devices has just been built to offer real 1080 display HDMI output on the TV. 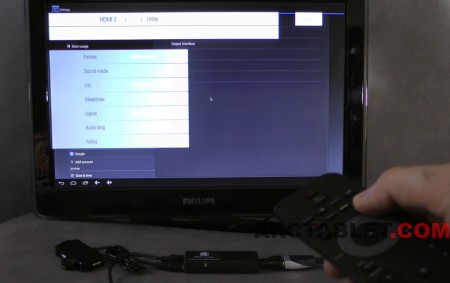 While advertised for 1080p resolution, the MK808 Mini PC actually outputs a rescaled display at 720p on the HDMI port. As AndrewDB suggested on armtvtech.com forum, this can actually be modified to 1080p using the Kernel source code from another RK3066 device and making changes in drivers/video/rockchip/hdmi/rk30_hdmi.h file.

deadhp1 on armtvtech.com has compiled a kernel with this modification and build a firmware that includes the custom custom kernel on latest MK808 rooted firmware.