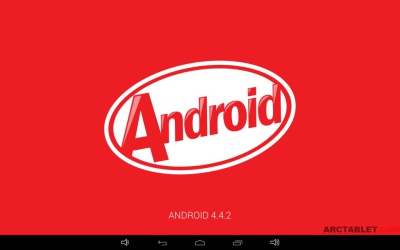 Please report any problem with this firmware, I can't verify this custom firmware works as I don't have an iFive X3 to test it.

Wow, very fast! I will test it tomorrow!

Today I tested the official firmware, it seems good.

Hello, could you explain what the difference btw last
and this one.

And also, may be you could try to do smth with wifi signal strenght via software?
Speakers also are very silent. I tried app Volume+ on previous fw. I think it helped, but after some changes in settings it lost any effect.

I don't found any problem of custom firmware yet. I installed today.. but there are problems of official firmware.
The problem with browser is still there.. the address bar is always on, there is no history(!!!) and the browsing is not so fast and smooth like the version 4.2. I have 10.1 inch screen and I use almost 8" for browsing.. tragik! Also with other browsers (chrome and opera) the browsing is much slower!

I saw that they fixed the problem with front camera, now is right and I think the quality is little better.
For the wifi I think that also this is liiiittle better. For example on youtube app the HD videos are start to play faster. But the speedtest.net app doesn't work properly.. it show very low speed but this is not true.

For speakers I used this method and the volume is very good!!
https://www.miniand.com/wiki/Increase+your+iFive+X2's+speaker+volume+to+what+it+should+have+been+out+of+the+box

Where is the weather app from ifive? There is only the widget on lock screen but I can't found the app to change the city.

I decided to return back to earlier build as this new one had issues with touch screen sensitivity as well accuracy.

I did flash twice in order to avoid anyissues still the touchscreen problem was persistent.

With touch screen sensitivity the problem on my tablet is that is very sensitivity with this rom and when I press back some times it pressed double and it goes 2 times back.

Another one serious problem is with games! On subway surf it doesn't rotate the screen and I see the half screen in landscape mode! Also on manuganu I can't see the player!!

What do they there in ifive?!!

I am having the same touchscreen problems as everyone else. The upper right part of the screen doesn't register a touch, and all along the top rim doesn't either. Certain areas are overly sensitive too. Can't get a solid touch.

I went back to 2.07 rooted rom and everything is ok.

I will try the official 2.13 rom and report back.

The original, untouched ROM has the problem, meaning admin, you are exonerated :D. I e-mailed iFive tech support to tell them about the problem. Maybe they will fix it.

If you want to e-mail support here are the e-mail addresses:

Admin, in the next firmware release (which will probably be sooner than later since 2.1.3 from iFive is defective), can you add/update the following apps:

when i opening lock, there is weather and clock. How can i change weather location?

My touchscreen doesn't work with lastest firmware too.

No solution for this problem ?

2.1.6. is available on ifive official web, could you please check

Admin, can you unpin this topic? This v2.1.3 ROM should not be installed by anyone as it is defective from the developers. Thanks.

Done, thanks for your messsage.