Following advice given in these Fora or Forums the quad core Rock Chip 3188 was rooted by Vroot and CWM install.Being pleased at so much progress decided to reinstall CWM. However made the wrong instalation of Android 4.4.2 instead of Android 4.2.2.

After that the Stick would not boot in fact would only show an operational light. 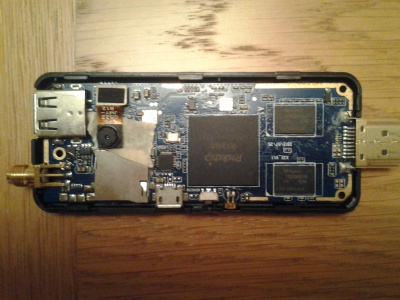 Attempted reseting using the pin option and powering up with no success. Downloaded RK Batch Tools package and Rock Chip drivers. Installed drivers and and the RK Tools. Nothing worked.

On connecting the RK 3188 using the pin method to Windows 8 PC it returned an error "Unknown USB device which is not recognised by Windows and is malfunctioning".

Next option was to "short" the boot part of the device as seen in a video where the device was unbootable.

I stopped at this stage since I was in murky waters and did not know what to do and what to short.

Any suggestions please or should I recycle my "bricked device"?