Target of this tutorial is to explain how to mount NAS, Samba (SMB) or Windows network shared drives on the Arnova G3 Android ICS tablets. It uses the CIFS kernel modules, which are unfortunately not provided “by default” on many existing tablet firmwares. 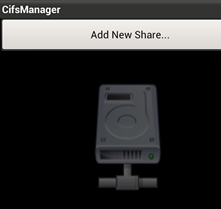 Several softwares or file manager extensions offered on “Google Play Store” do provide their own SMB implementations (examples: AndSMB, Astro, File Manager HD, …), but they may not be compatible with all devices, and especially with all types of shared drives. At least with my Arnova 10b G3 and my old Samba/Linux drive, they don’t work properly. Thus I wanted to get a more generic and “kernel based” solution, in order to allow all my tablet applications to gain a transparent access to my network shared drives!

Last but not least, as many of you like to get their own local specific characters and accents, a correct UTF8 implementation is requested to display and access all files and directories.

The following users say thank you to Stellar7 for this useful post:

Arctools 0.72 on the latest 4.0.4 mod for the Arnova CP failed to install (without a word) and thus never ended up in the Utils section (or the modules folder). The reason is that this mod has busybox in /system/xbin instead of /system/bin .. tar and cp should always be in your PATH anyway so maybe skip busybox?

The modules themselves work just fine when manually unpacked and put in the right place, so thanks a lot and hope you find a solution for the install script!

The following users say thank you to t23 for this useful post:

Thanks for your feedback t23.

It's not easy to handle all possible setups for system utilities, but I'll add some extra detection routines in next ArcTools build so this firmware is properly supported. cp utility is rarely available or the path and it is accessed thru busybox.