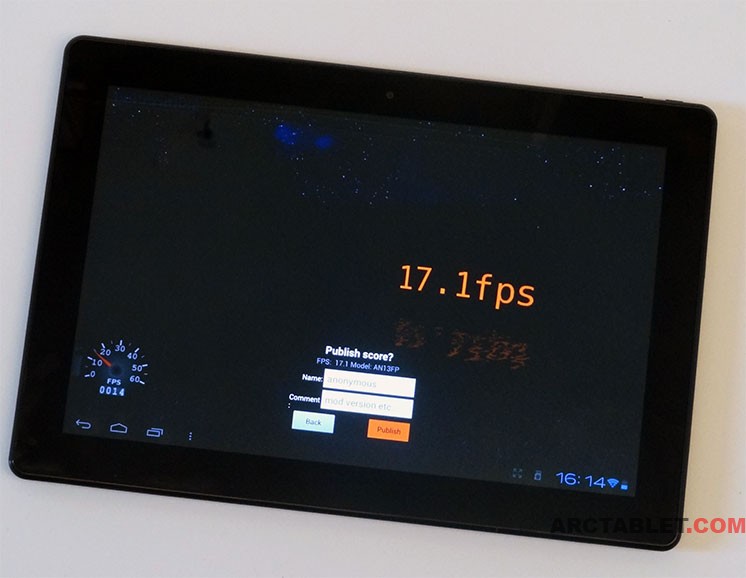 Test conditions:
- Arnova FamilyPad pre-production device with firmware build dated 20120924
- all benchmarks were executed after all tasks have been killed
- test were run multiple times to check for consistent behaviour, the results shown here correspond to average values

While these numbers should be weighted by the fact they were run on the pre-production device, they give the general idea about the machine performance. It appears the Arnova FamilyPad produces similar performance as other tablets based on the one year old single core Allwinner A10 SoC,…