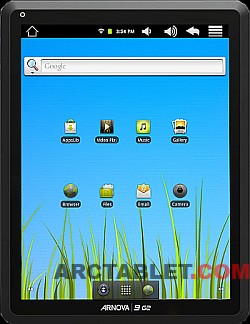 A custom (read unofficial) firmware for ICS installation on Arnova 9 G2 models will be released soon.

Coincidentally, an Arnova 9 G2i is recently being listed in the supported devices in Appslib, Archos own Marketplace.

Does the "new" Arnova 9 G2 running ICS have the same hardware has the Arnova 9 G2, can we install the ICS firmware on the existing 9 G2 running Gingerbread ? Please check back our site and forum for some answers soon

As the Arnova 9 G2 prices are going down, the updated 9 G2 model may be an economical alternative to the new Arnova 9 G3 update which offers 1 Gb of RAM and Android 4.0 ICS. 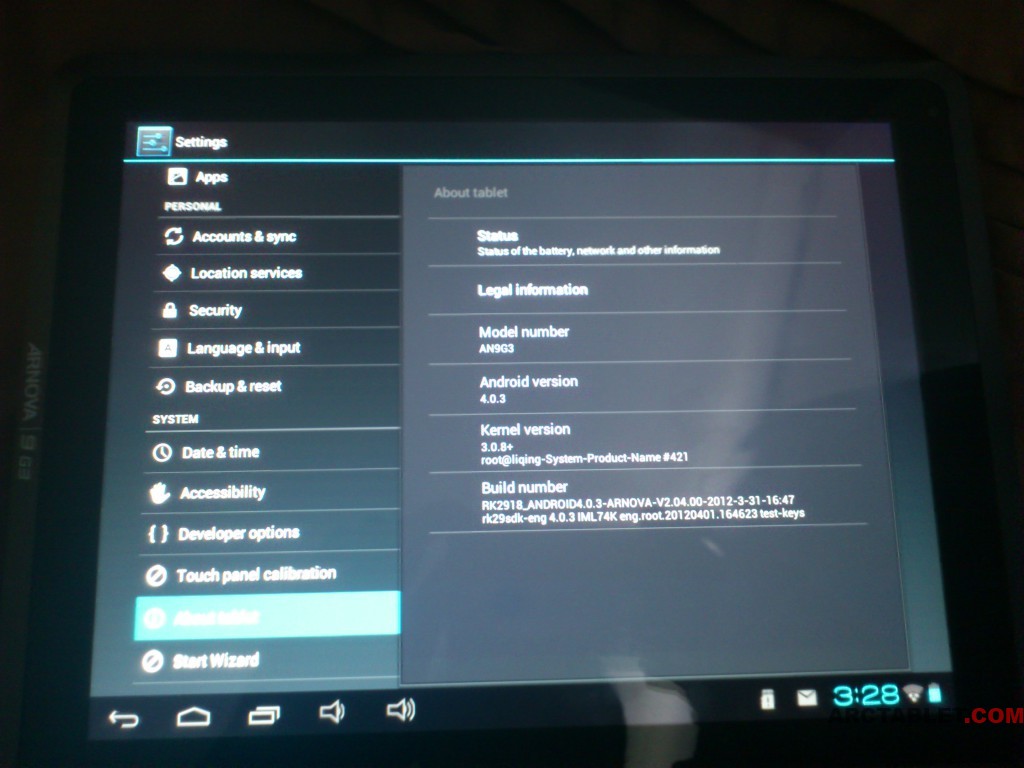 Thanks to globula_neagra for the tip.

I have e-mailed the customers services of Arnova to ask if they are planning on a release of ICS for the Arnova 9G2. Will let you know if I get a response from them.

Thanks for your feedback, looking forward an answer 😉

BTW, any ideas on what CD could mean? With my sleepy head, I can only come up with "capacitive display", but this is a little bit strange...

Don't be so optimistic, I sure it's going to be a cheap made rom with a lot of bug, without Android Market. Keep Gingerbread...

mate is not a port 🙂 it is real ICS on a 9g2 and i`m very sure that that rom is also on the 9g3
also that person installed a partially working market on that rom and tablet
so please do not disinform the people if you don`t know all the info
the only problem that we have now is that we can`t make a romdump for the ics, because something is different then gingerbread.

this is looking good if arnova does not make an official update i imagin it would be a straightforward dump and plash it on to 9 g2?

"The best person in the world, at the moment" -imstookatboot

I have this ROM in hand. It boots on my 10G2. So it is not hardware dependant. Of course the screen does not work but it does boot! Expect custom ROMs from me on this today as I now have a ROM dump in hand..

The ROM works! It is ICS. I am not allowed to post links here but I now have a FULLY ROOTED 9G2 ICS ROM available. I am going to see if I can port this to other Arnova Tablets. I doubt it will work though as the Kernel could be a problem.
Why do all the support poeple at UK and US call in numbers deny this ROM exists? They flat out say Arnova is NOT releasing a ROM for the 9G2 with ICS. Seems Archos support (who supports Arnova customers) is not well informed. All I can tell them is I have it IN HAND. Seems like Arnova and Archos needs to get thier act together so the support people do not sound like idiots......

Well, I think they are sort of right. There is a so-called "Special Edition" of the Arnova 9G2 which runs Android 4.0 ICS. This ROM will not be officially downloadable for the Gingerbread Arnova 9G2 models, but will be made available by you(you added root, from what I read now 😉 ) and Arctablet. The ROM can be easily installe with help of RKFlashingtool, but it is still not officially supported by Archos Group. Actually, their support people don't sound that stupid, the question is why it should go this way.