It has been a while since the Arnova 7f G3 has seen a firmware update.

I have just finished building a Jelly Bean 4.1.1 test firmware based on the excellent work of OMA (JB 1.2.2a) from Crew RKtablets.

Flash with Rockchip Batch Tool only, use Restore button. 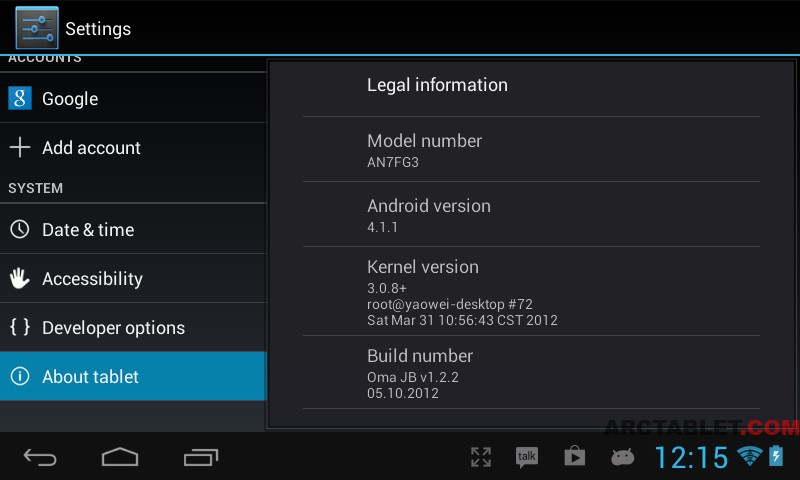 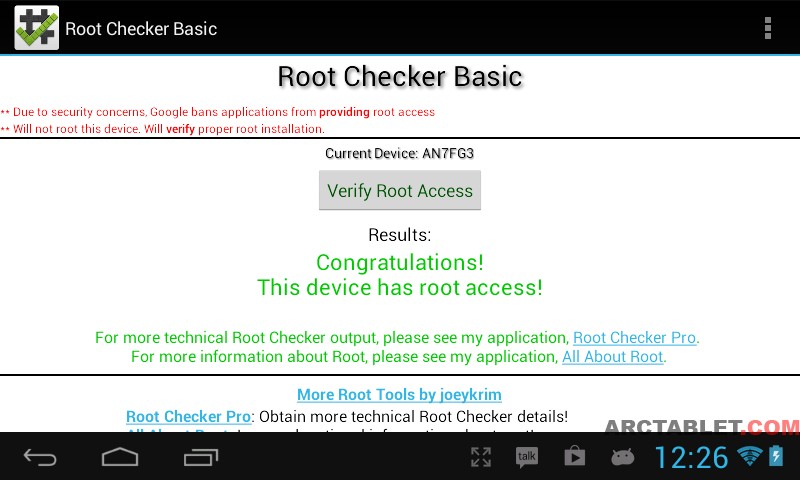 The following users say thank you to xzeropr for this useful post:

Which one, i tested the ones from the firmware and are working fine.

The following users say thank you to globula_neagra for this useful post:

It is a ready firmware, which does not freeze in the logo? Or all of the exact same

can some one help me download it plz im new

Hi everyone. Not sure if any progress has been made on this - any fix for booting up without a power cable, any other issues? - but personally I'm completely stumped on getting my 7f into flashing mode. I've tried the terminal method as well as every combination of buttons I can possibly come up with and it simply either boots normally or doesn't boot at all, these are the options. I am using the firmware 42 from arctools, not sure if that makes a difference.

Any suggestions would be helpful and appreciated. I'm a relatively intelligent and resourceful person normally but this has me completely stymied...

me again... finally discovered that in fact it was going into flashing mode happily all along, but I had not managed to get the drivers installed. Managed to get started on that but ran into a problem when Windows 8 refused to continue as it didn't like the drivers in the Rockchip folder. A bit of searching led me to this thread: http://www.arctablet.com/blog/forum/cube-u30gt/usb-driver-for-windows-8/

... in the last post (well, at the moment anyway) there's a link to another driver that worked for me under Win8 and I've now run the update successfully. Sadly it's stuck on the ARNOVA boot page at the moment, so I have to troubleshoot that...

Tobias, were you ever able to get this to work?  Was the boot up with power cable only for the initial bootup?  I would love to go to JB but am hesitant until the issues are fixed as its my daily driver.

Yes, it works quite well in fact, I am using it full-time. It's noticeably slicker, smoother and more stable than the rooted ICS (not the rather limited stock) I was using. The power cable is required to boot, every time, but I've found that's really not a problem since this ROM literally never crashes and reboots the way the previous one did, several times a day in my case. So you can reboot it if/when you want to while charging - I find in general Android needs a restart every few days to clean out the cobwebs - but you don't need to worry about not being able to start it up again unless you find a particular app that crashes it; I haven't, but then I don't use it for games or anything. It was suggested earlier in the thread that there's a way to fix it with a bit of a hack, but I haven't bothered as it also apparently slowed the tablet down; not worth the trade in my opinion.

The only problem I've found is that the stock Chrome that comes on it cannot be updated, or rather if I update it, it force closes as soon as I try to use it for anything, so I've reverted to the version that is baked into the ROM, which is OK but not current. I update it, optimistically, every time I notice there's a new version, but so far none of them have worked.

I'd also like to see an updated version of this, as it was billed as a bit of a first draft, but in my experience it is stable enough for daily use, and an improvement in almost every way over ICS.

The following users say thank you to tobias for this useful post:

How to know if its finish???

will it automatically reboot???

..not even bootloader work..

Well, you flashed a firmware which is intended for another tablet ?
It does not resides only in the kernel, some files are proprietary for each device.
If your tablet does start-up it means that it should go also in flashing mode, try to find a way to get there and re-flash the tablet.

The following users say thank you to globula_neagra for this useful post: