The Arnova 10b G3 tablet is a product refresh of the Arnova 10b G2 best seller, updated with latest Android 4.03 Ice Cream Sandwich and 1 Gb of RAM. The rest of the device specifications stay the same: Rockchip RK2918 processor (single core) running at 1 GHz, 10.1" capacitive touch screen, front camera. 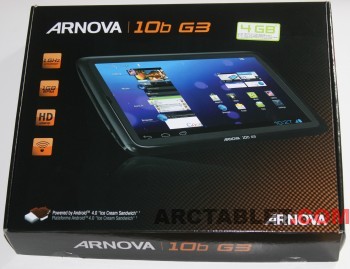 Packaging is very similar to other Archos and Arnova products, you will find in the box:

- an USB cable (micro USB format), it does not charge the tablet

- 3 papers that includes: Arnova 10b G3 User Guide, Legal and Safety Notices and a $10 music credit coupon at emusic.com 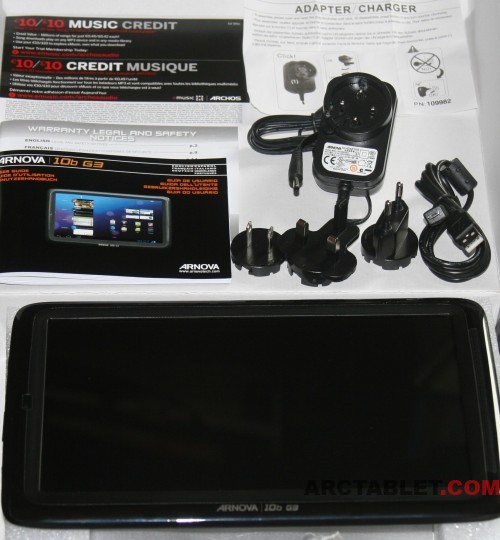 The Arnova 10b G3 tablet shares its design with the previous Arnova 10b G2 model. The outside case is fully made of plastic with a brilliant aspect on the perimeter and the back of the tablet, that easily catches fingerprints. Weighting a little more than 600 g, it comparable to other models such as…