Like in older OMAP 4 processors, the DRAM memory controller offers a dual 32-bit DRAM channel, but it has been optimized on the 4470 to support LPDDR2-466 memory, which is 15% faster than in the 4460 and gives a memory bandwidth up to 7.5 GB/s. 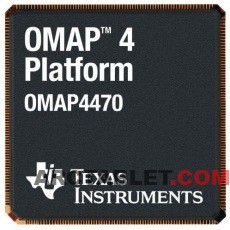 While Archos G9 tablets were using latest upgrade OMAP 4430 and 4460, there is good chance that the new Archos G10 tablets run on the OMAP 4470 (see GLBenchmark leak) and would be one of the first products…