In the previous Minor sunday stuff series, we already covered this ultrabook from Acer. Actually, we made a small mistake about the screen, we thought it was an ordinary TN screen, but now IFA has been fully launched, it turned out that the 11.6" version will feature a nice IPS screen. The screen will probably be from Chi-Mei, as on IFA, there was only a 1366x768 version shown. The 11.6" screen we know are all from Chi-Mei and well, Archos knows how to find them.

Speaking about the thickness, Acer Aspire S7 is only 12mm. 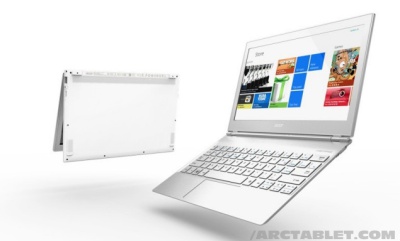 IDBOOX was not only kind to leak out the Archos 116xs, but also the…