About a year ago, Pipo came up with a dual-core Pipo X1 TV stick and now, it looks like there is a quad-core follow up sailing under the same name. The new Pipo X1 is just an ordinary HDMI TV Stick running Android 4.2 featuring more or less the same specifications (2GB RAM, 8 GB Flash) as many other competiting products, but it is its price which makes it special – the tv dongle is now selling for $39.99 including shipping. For that price, you also get XBMC and Miracast compability. However, Pipo also put “beta” in the name which may explain why the TV stick is currently selling so cheap and suggests there might be a few firmware issues. 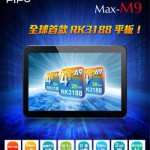