[Update] Arnova 7 and Arnova 84 product pages are now online on Arnova website. Please visit us again soon for a complete review of these tablets.

There are not many technical details about the product in the press release, but we can expect entry level tablets pretty much like the Arnova 8 (review) and Arnova 10 (review). , which may be a sign of a faster CPU (Rockchip 2918 ?) than the good old Rockchip RK28xx slowly running on the Arnova 8 and 10.
(That’s so funny, the PR company just modified the Press Release and removed the mention of Angry Birds being supported, so we may, unfortunately, expect a slow RK28xx processor on the Arnova 7).
Inital Press Release  /  Edited Press Release
Good job Arnova/Archos, good job Mediasoft Communications 😉 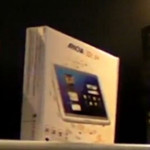 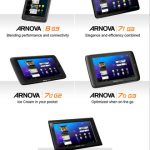 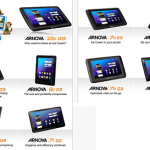