The FCC is now listing another product refresh with an 8 inches ChildPad tablet. Initially sold under Arnova brand, the ChildPad was an entry level children oriented 7″ Android tablet (reviewed here) Initially available with resistive screen only, the product saw a first update with capacitive touchscreen, then a rebrand, appearing under Tabeo name (sold by Toys’R’Us), offering an HDMI connector, more apps/games and some Tabeo designed accessories (dock, case and cables)
Not much is known about the new ChildPad, FCC site just shows us it should be in white and orange color and have an HDMI output, we can expect a low end device such as the ARCHOS Cobalt with a 4/3 aspect ratio screen. 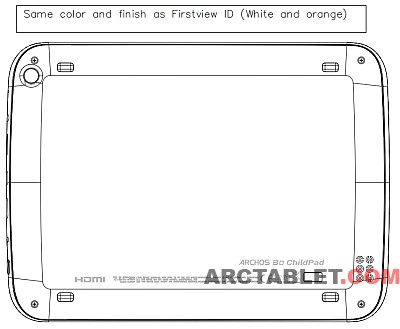 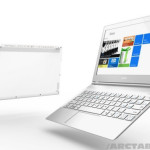