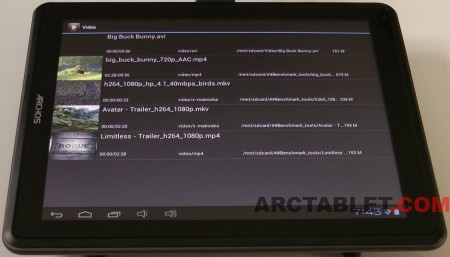 Benchmark results interpretation
While these numbers should be weighted by the fact they were run on the pre-production device, they give the general idea about the machine performance. It appears the Archos 97 Carbon produce similar performance as other tablets based on a the one year old Rockchip RK2918 SoC, which is just average in today’s performance standards for mid range tablets.

The Archos 97 Carbon comes with a basic video player. We’ve successfully played 1080p video content without a problem, but the video player is limited in term of features and audio/video formats supported, it definitely cannot compare with the feature rich Archos player which ships on the Archos G9 tablets. 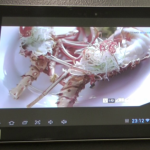