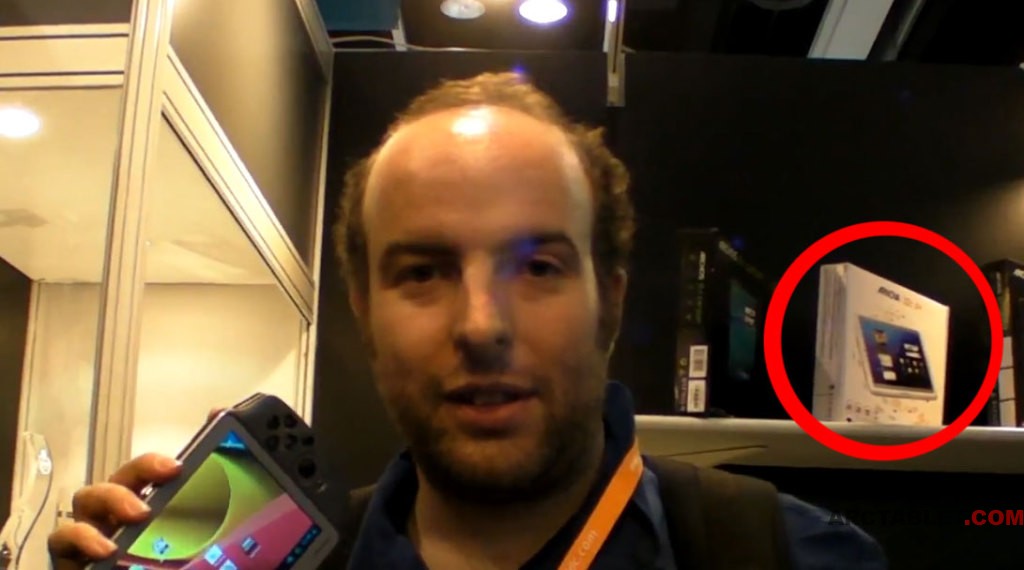 With the Arnova G3 tablets selling for more than half a year now, it is time for Archos to release a new range of budget tablets. In one of Charbax videos showing the GamePad, we noticed a nice white tablet sitting on the background. After doing a little bit zooming and sharpening, we can clearly see Arnova 10c G4 written on the box. This makes us think Archos is planning to release at least three 10″ tablets in the Arnova G4 line-up. 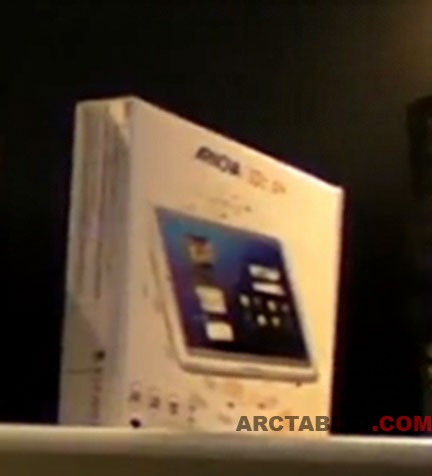 While we can’t see much, there are a few details we can notice. The new 10″ tablet will be coloured in white and looks pretty much like the already released Archos 101xs, with the steel frame around the screen and a front facing camera on the left. By looking around on the web, we found information that the Arnova G4 tablets will come in the first quarter of 2013 and will feature dual-core processors. 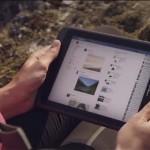 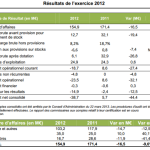 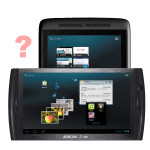