CyanogenMod 7 (CM7) firmware port for Rockchip RK2918 based tablets is making progress.
Morka user on our forum is giving us a second alpha release of a CM7 custom firmware for the Arnova 8 G2. While most of the drivers (WIFI, sound, video) are now working, this update can still be considered as an early preview release.

Compared to the default firmware from the manufacturer, this custom firmware brings you the latest Android Android 2.3.7 (Gingerbread) update to your Arnova 8 G2 tablet. Additionnaly, you get other interesting features such as:
– root access
– Android Market

What’s new:
Fixed wifi
Fixed sound
Fixed 3G (no 3G I could not test it)
Improved management of memory
Adding market
There still have improvements to make

Important:
This custom firmware has no firmware update facility. You won’t be able to flash another firmware by copying an update.img file to the root of the device. You will have to use Rockchip Flashing Tool for ARNOVA G2 and RK2918 tablets to flash a new firmware, please make sure that you are able to use this flashing tool before flashing this custom firmware.

This firmware is specific to the Arnova 8 G2 and should not be installed on other devices.

WE RECOMMEND TO FLASH THIS FIRMWARE ONLY IF YOU ARE ABLE TO RESCUE A BRICKED DEVICE USING ROCKCHIP FLASHING TOOL FOR ARNOVA G2 and RK2918 tablets.

Please use our dedicated forum topic to comment about this firmware.

Once this firmware is stabilized, be sure to find releases for other Arnova G2 models.

Thanks Morka for this custom firmware., also thanks to fun_ / naobsd for all his previous work on RK2818 and 2918 tablets ! 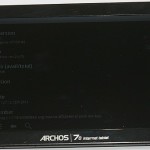 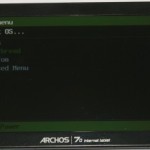