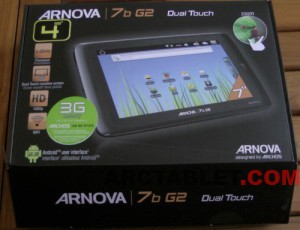 With the Arnova 7b G2 Dual Touch, Arnova is starting to offer a cheaper version of the Arnova 7 G2 Android Tablet. The major difference is a Dual Touch 7 inches resistive screen instead of the capacitive one on the Arnova 7 G2. The new tablet case breaks from the old habits of the Archos 7HT heritage, with a new case inspired by the older Archos 70 IT model, slightly modified (plastic only backside structure and no kickstand)

The device keeps most of the other attributes from the Arnova 7 G2, such as the Rockchip 2918 CPU running at
1 GHz, a camera and Android 2.3 Gingerbread system which is setup to support 3G wireless networks with the aid of Archos 3G Stick.

This Archos 7b G2 Dual Touch seems to have a quite agressive pricing, being available as low as 99 euros in France. 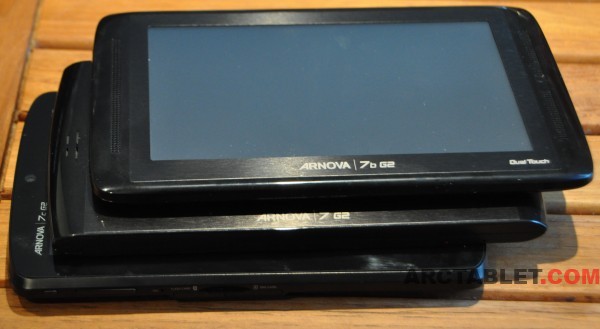 Packaging is very similar to other Archos and Arnova products, you will find in the box:
– an Arnova 7b G2 tablet
– a power charger with 3 power sockets (American, English and French type)
An power charger from Arnova, input 100-240V, outputs 5V 1.5A, micro USB socket
– an USB cable (micro USB format)
– 3 papers that includes: Arnova 7b G2 User Guide, Legal and Safety Notices and a $10 music credit coupon at emusic.com 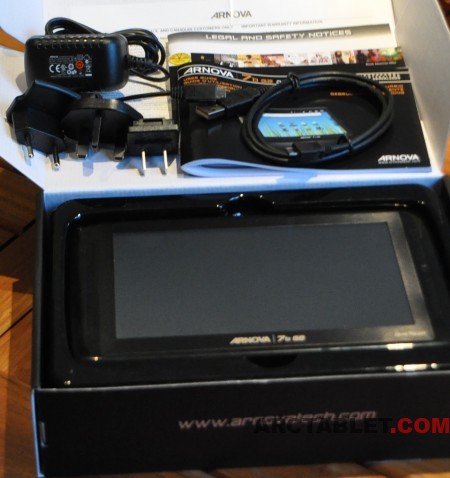 The right side the tablet gets the Power button, the micro USB connector (which also serves to charge the device), the micro SDcard slot, the stereo ear connector, a reset button and a power LED. It is interesting to note that there is a plastic cover (not removable) of the size of an HDMI connector. The model has two speakers located on top of the device, on each sides of the screen, which should give good channel sound separation. 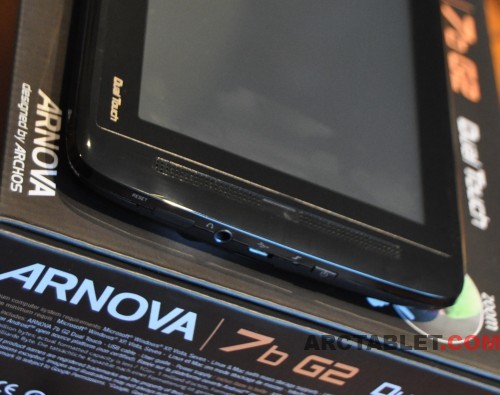 Thanks to Cajl/Jbmm.fr for lending me his Arnova 7cG2.

Please check back soon for the rest of this product review, you can also refer the our Arnova 10 G2 review for further info on this 10 inches model very similar to the Arnova 7b G2. 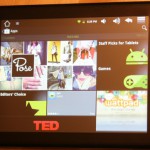 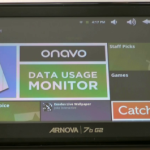 Android Market and root on your Arnova 7b G2 DT (Dual Touch) with our EZ custom firmware (v1.12)