Archos Child Pad, an affordable 7 inches Android 4.0 ICS tablet dedicated to kids usage announced two months ago is suffering some availability delays but is now going in pre-order and should be available soon. 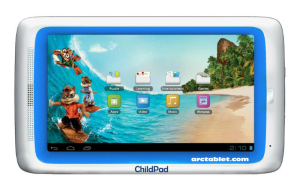 From Toyrus.com we also learn the Child Pad comes as a themed “Alvin & The Chipmunks 3″® tablet. Children will have access to specific content provided by 20th Century Fox® such as an exclusive behind the scene clip, pictures from the movie, wallpaper and an online game.

The Child Pad is currently in pre-order for:

In a recent article, Tabletsmagazine.nl tells us a Child Pad 2 may be in the works, with an updated capacitive screen replacing the resistive screen that can be found on first Child Pad.

Thanks David for the tip 😉 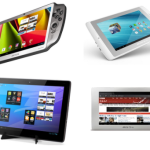