Archos is unveiling these days at MWC 2016 Barcelona some really attractive new phones and a new line of tablets to cover the 2016 needs.

In the phones department Archos is launching two new phones with various sizes and specifications:

Archos Diamond 2 Plus is where Archos bets the money as this phone gets bumped on all the departments. It will feature a 5.5″ 2.5D curved IPS FHD display , the processing power is granted by the powerhouse Helio P10 Octa-core Mediatek 64 bit processor and having that many cores 4GB of RAM should suffice for any multitasking needs. In terms of storage a hefty 64GB is present as internal storage and up to 128GB micro-sd cards are able to fit in (The micro-sd slot can be also used as an additional SIM slot as this phone is also Dual-SIM capable). Picture addicted people will make use of the 20.7MP Sony Exmor back camera which is backed up by a dual flash and laser autofocus, a 8MP wide angle for the frontal one which comes with an unusual feature a front flash so you can take those selfies even in the darkest alleys. Battery wise a 3000mAh is present which can be charged faster thankfully to the Mediatek Fast Charge tech. Marshmallow or Android 6.0 how is widely known is covering the software side with a pure android experience at your fingertips and talking about fingers a finger print sensor is present on the back of the device and if by any means you want to download your photos to your computer the USB Type-C connector will help you to do it really fast.

Archos Diamond 2 Note is for those who love those huge screens as it is backed up by 6″ IPS screen with a 2K (2560×1440) resolution 490 PPI. An Helio X10 2Ghz octa-core MediaTek processor is present backed up by 3GB of RAM. Storage wise 32GB of internal storage are present and the possibility to expand it to 128GB via micro-sd card, once again the micro-sd card has a dual function and those who are willing to sacrifice it, they can use the phone with two SIMs. The back camera sensor is a 16MP with 4K recording support and Dual LED flash while the front one features 8MP shutter with wide angle and F2.0 aperture. To power up this behemoth a 3610 mAh Sony battery is on the duty which is fast charge capable. Android 6.0 will back up the device enhancing its capabilities. 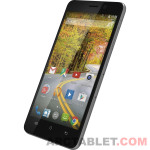 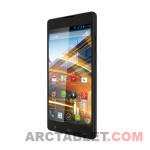 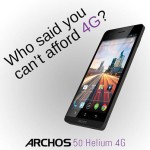