Home Onda Onda V972 ARCHOS 97 Titanium HD quick review – part 2 performance (comparing with...
Share on Facebook
Tweet on Twitter
Twitter0
Facebook0
Google+2
Pinterest0
LinkedIn0
With the 97 Titanium HD, ARCHOS took the challenge to integrate a middle end Rockchip RK3066 processor (as of early 2013 standards) with a high resolution (2048×1536) display. The tablet operates two display modes, a “normal mode” with 1600×1200 resolution and an “HD” mode with 2048×1536. We’ll see from the benchmarks and user experience that the device really offers mixed results based on the device resolution.

Test conditions:
– ARCHOS 97 Titanium HD retail device with firmware build dated 2013/01/24
– all benchmarks were executed after all tasks have been killed
– test were run multiple times to check for consistent behavior, the results shown here correspond to average values

On the 97 Titanium HD benchmark results, we can observe that the numbers are usually higher in Normal mode compared to HD mode (2048×1536 pixels resolution) which is not really surprising, knowing the tablet processor and architecture wasn’t really designed for such high resolutions. While the results in both resolution show a decent performance compared to other middle range tablets, it doesn’t really reflect the user experience, especially in HD mode where the Android system reacts quite slowly. Touch inputs may take a second or two before the tablet reacts, which is really disturbing for a daily use in high definition.

The following two videos were shot on the stock firmware version, the lag in the Android interface and frame skipping in the video player are easily noticed. The situation has improved a bit since latest firmware update, but there it is still far from being smooth.

In addition to the lag, there is also an unpleasant screen flicker in HD mode, you can clearly see it in our NenaMark2 benchmark video.

Comparing the ARCHOS 97 Titanium HD with the Onda V972 benchmarks figures globally gives a clear advantage to the Onda, but the difference is mainly noticeable in the Android user interface which is really smoother on the Onda, thanks to the 2 GB of RAM and the quad-core Allwinner A31 processor.

This article won’t review the WiFI performance in details. Our first tests and feedback on our forum reported some troubles with the wireless: low sensibility, lots of connections drop and slow transfer speed. We initially made the video below to compare the 97 Titanium WiFI with the Nexus 10.

Since we shot this video, there has been some improvements with latest ARCHOS firmware, we’ll soon review it in a detailed ARCHOS 97 Titanium HD WiFI test. 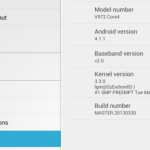 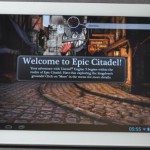 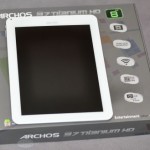 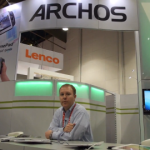