Home Devices Archos Archos 101 xs (Gen 10) tablet review | Part 1: introduction
Share on Facebook
Tweet on Twitter
Twitter0
Facebook0
Google+0
Pinterest0
LinkedIn0
A year has passed since Archos released their Gen 9 tablets. A few months ago, Henri Crohas, Archos founder and CEO promised a very innovating superthin tablet with keyboard which can also be used to cover the device. However this is not all, it should be one of the first tablets to run on the TI OMAP 4470 CPU and many other improvements were made over the previous Gen 9 models. The Archos 101xs should be available mid September this year starting at just 379 € / £299.99 / $399.99.. 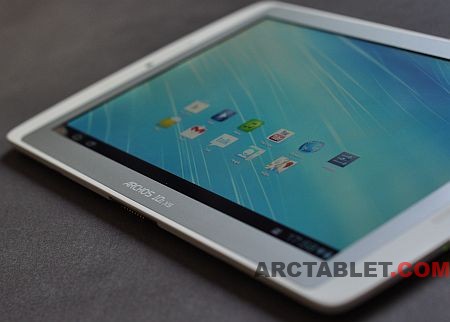 Our review will follow our usual methodology, first presenting the product packaging, the tablet and keyboard design, the device performance, the screen, multimedia and other features. Enjoy ! 😉 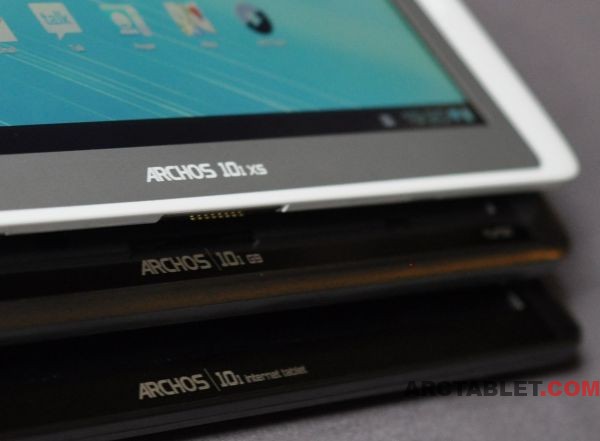 The history of Android tablets from Archos goes back to 2009. At that time, the company was the first to introduce such a device – more than half a year before the iPad arrived. The OMAP3 powered Archos 5 Internet Tablet had quite impressive specifications for that time – offering up to 500GB of storage, 5″ 800×480 screen, built-in GPS and great video playing software. Also, the patented Archos production method with use of stainless steel was introduced, the same process which now allows the G10 xs devices to be that thin and strong.

In 2010, the Gen8 came on the market. While specswise, it didn’t offer much new over the Gen7 – it had the same OMAP3 processor, it was still quite a revolution. Archos offered 5 different sizes at the start and because of the enhanced molding method, they were one of the lightest and strongest tablets on the market.

With the Archos G9, Archos made a power boost. The updated OMAP4 CPU was times faster, the offered 3G stick was innovative and the operating system was Honeycomb, the first Android OS developed with tablets in mind. While they were great products for the price, these tablets suffered a lot of criticism, regarding the quality of the screen and camera, system instability for the first firmwares, Wi-FI troubles….

Archos is now releasing their 10th generation of tablets with the G10, the Archos 101 xs being the first model. It’s eXtra Slim, many components have been upgraded, and it offers a coverboard which is how Archos calls its keyboard dock that also protects the tablet.

During Archos press conference in March, 2012, Crohas explained some details on how tablet are usually built following the model of Apple Ipad, with an machined aluminium body where a high quality glass is applied. Archos on the other hand has developed their own technology over the past 3 years. The tablet structure is made by highly resistant stainless steel embedded in a plastic enclosure. An extremely thin (about 1/10 mm) metal frame surrounds the screen as you can see on the following pictures. 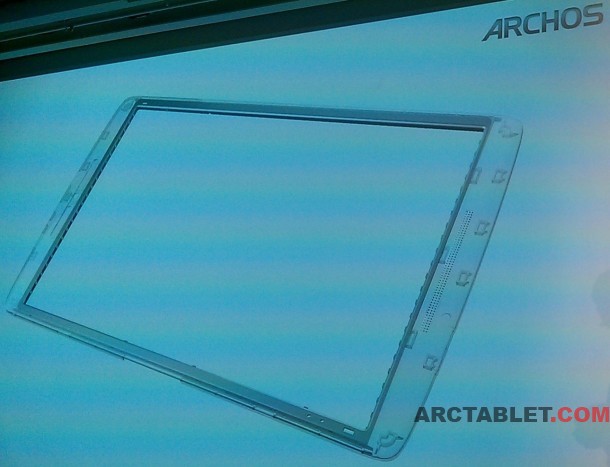 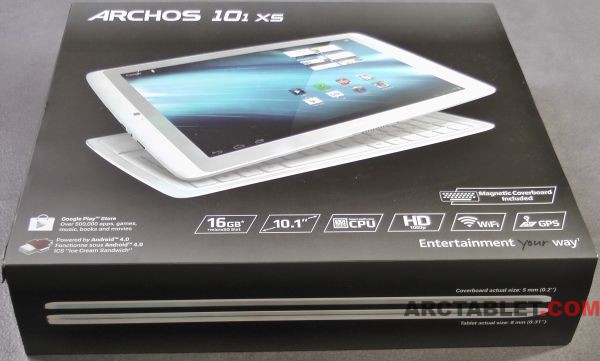 The keyboard should come in a localised key layout for each territority, our test machine had an AZERTY keyboard (french key mapping). 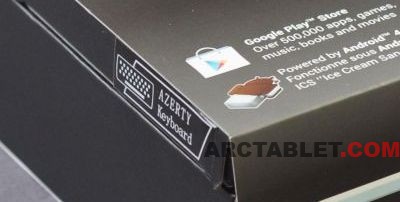 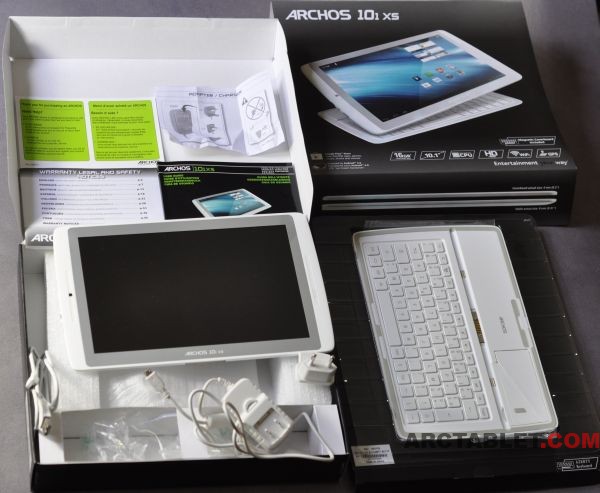 The tablet box contains:
– the Archos 101 xs tablet
– a micro USB cable to connect the tablet to a computer
– a power charger with a micro USB connector to the tablet, it outputs 5 V, 2 A, European sock for the power on the wall.
Using the power charger, the tablet gets fully charged in a few hours, you can also charge from a computer using the micro USB cable, you can then expect a slow charge (USB ports usually have an output of 500 mA on computers).
– booklets: a “need help ?” paper, a warranty/legal and safety notice, a user guide which covers basic topics to get started 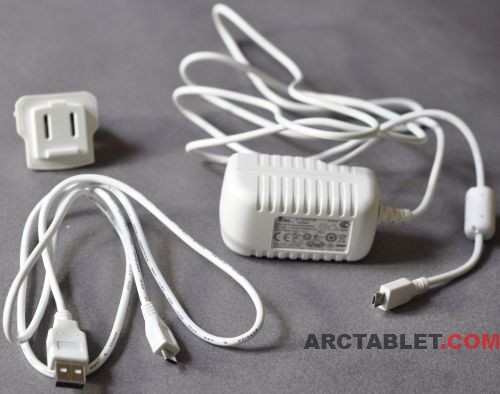 The supplied power charger and micro USB cable are all white, matching the tablet color.

Our review follows on part 2 discussing about the Archos 101 xs tablet design.

ARCHOS 101 XS with magnetic keyboard cover at €287.33 plus shipping on Amazon Italia [DISCOUNT] 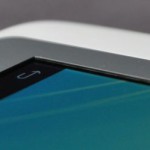