Paris Android User Group (PAUG) organized a conference about Android porting on the 26th October, 2011 near Paris, France. The two invited companies Archos and Parrot presented how they ported and adaptated Android OS to their devices.

In this article, we will focus on Marc de Courville (director of software engineering at Archos) talk about adapting Android Honeycomb framework to the Archos G9 devices.

Here is are most of the key points detailled during Marc de Courville’s talk about Android Honeycomb implementation on Archos G9:

Finally, this conference was also the occasion to see one the first appearance of an Archos 80 G9 Turbo at 1.5 GHz, pictured below:

While this conference was given in French, the speaker had some English slides running, we have them copied here for information to our English readers. We will try to update this article in the near future, giving more details on each slide key points. Any help with the conference transcription is welcome, please contact us. 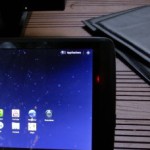 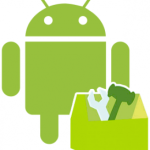 PAUG #8 conference in Paris with Archos and Parrot