The Arnova 10 is one of the first products from the Arnova line by Archos. It did succeed in bringing a cheap 10 inches Android Tablet (retail price 200 Euros). We found it to be a good machine for video/music playing, reading emails and (simple) web browsing. Still, we must admit we have been a little disapointed by this device because of its many limitations: Android 2.1 only, no Android Market, resistive screen, slow processor and no Bluetooth, no HDMI and no Adobe Flash support..

Unless you really want this particular tablet NOW, we suggest that you wait a few weeks until Archos/Arnova eventually releases an updated and improved model with a capacitive screen and a faster CPU (Rockchip RK 29xx?). Also, there are some new capacitive 10 inches chinese tablets currently available for a similar price, some of these devices probably provide better hardware than the Arnova 10, but may lack a good system integration or support.

We are closing this article with a short play on Angry Birds in video, to show the Arnova 10 performance is hardly compatible with gaming or anything requiring some CPU power.

Please note that we are bringing an unofficial custom firmware providing Android Market and root access to the Arnova 10. Also, look out for a custom Android 2.2 firmware for the Arnova soon… 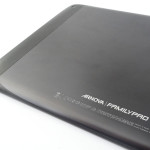 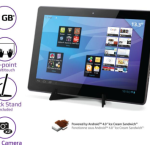 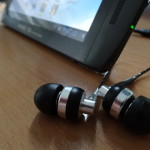