ArcTools is a program to help you installing Google Play (formerly Android Market) and Google Applications (Youtube, Maps, …) on your Archos or Arnova tablet. 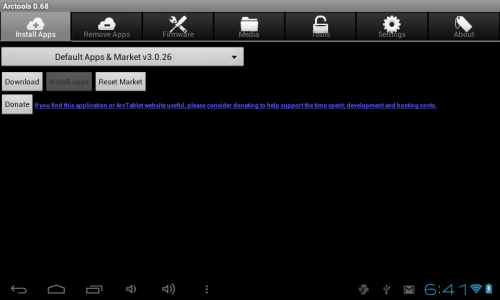 ArcTools was initially made for Archos Gen8 (models 101/70/43/35/32/28) Internet Tablets and has later been extended to work with other devices. To support the Arnova first generation, Arnova G2 or Arnova G3 tablets, you will need a custom firmware, This allows you to play free slot machine games using android app where you can play the slot machine games for free. please refer to the “Tablets” menu above to find your device in the list, so you will access the custom firmware.

Please check here for a tutorial on how to use ArcTools

0.74 (2012/11/07)
Added reboot feature (you can choose between shutdown, reboot, reboot to recovery or bootloader), thanks globula_neagra 🙂
Added new features on Apps packages (to be released soon)
Add advertisements on ArcTools free version, the donation version on Appslib is adfree.

0.71 (2012/09/21)
Improved ArcTools application start and added guide based on tablet model (not activated yet, work in progress)

0.63 (2012/02/24)
Added “Reset Market” button to Delete Cache and Data on Android Market application. This should help to solve the “Can’t establish a reliable data connection to the server” when running Android Market.
Improved firmware download procedure, progress indicator is now more accurate, added second dialog for firmware unpacking
Improved wakelock to prevent the device to sleep while a new firmware is downloaded or a benchmark is run.

0.51 (2011/07/01)
Corrected some issues about the device detection for Android version.
Added Estonian translation, thanks Tanel.

0.41 (2011/01/17) Optimized battery monitor function, should now work for hours without getting killed by operating system.

0.37 (2011/01/07) Corrected a bug in the Media Library Indexing optimizer. Thanks akmalhisyam
Added Czech translation, thanks Vaclav.

0.30 (2010/12/21) “Default Apps & Market” is now uses the most stable package to date. Some additional and experimental packages will be offered soon. Package taken from gAppsInstaller_v4.apk thanks to kenyu73

You can use this program to install Google Apps and Market on your Archos Gen8 device.

Your ARCHOS or ARNOVA tablet should come pre-installed with Appslib application. Please start Appslib then search for “Arctools” application in Appslib to download and installs ArcTools on your tablet.

You can follow this link for details on the procedure.

Feel free to address us your comments and requests, we will do our best to improve the application.

Please understand that standard disclaimers apply, use this application at your own risks, use it if you really need it and you know what you are doing. We should not be held responsible if anything goes wrong with your hardware. 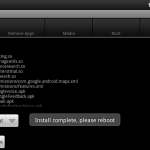 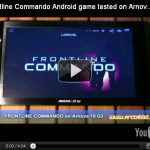