Following the two test firmwares, Archos has released a minor 4.0.6 firmware update to their Archos Gen9 devices, which includes a few bugs correction. 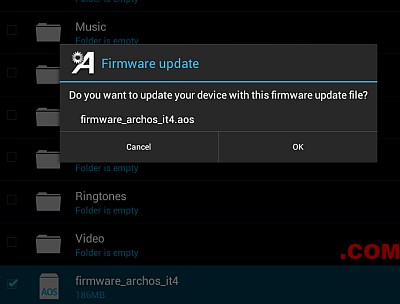